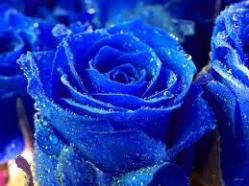 There was once an Emperor who had but one child—a daughter.  She was his pride and joy, his treasure.  He cherished her above all else.   As he became old and his health began to fail, he realized that he might not always be there to care for and protect this precious daughter.  He determined that it would be best if he were to find a husband for his daughter.

When it became known that the Emperor was seeking a husband for the Princess, many men found their way to the palace to request his daughter’s hand in marriage.  The Princess pleaded with her father.  “Father, let me remain with you to care for you.  I have no wish to marry and leave you.”  But her father was adamant.  Finally he said he would allow her to name one qualification that her chosen husband must meet—be it wealth or looks or special ability or whatever.  The Princess said she would name that qualification on the morrow.

As they discussed the problem, the Princess and the gardener’s son determined that it should take the form of a test—difficult but not so difficult as to be impossible.  “And it must be ambiguous,” said the gardener’s son, “ so that it is up to you to determine if the man qualifies.”  Late that night they finally determined what that qualification must be.

The next morning the Princess told her father, “I will marry the man who can bring me a blue rose.”

The neverending stream of suitors ended for none could find a blue rose.

A wealthy merchant, not wanting to waste time looking for the blue rose, went to a flower vendor.  “I will give you a bag of gold if you can find me a blue rose,” he said.  After a long, fruitless search, the flower vendor gave up.  He bought a strong dye and dipped the stem into it. The petals of the rose turned a pale blue. “Keep the rose in the vase with the dye,” he told the merchant, “until just before you give it to the Princess.”

The merchant brought the rose to the Princess.  The Princess reached out and took the rose from his hand.   As she looked at the rose, a drop of blue dye fell from the stem and puddled in her hand.  She looked at the bluish-green leaves and then looked into the merchant’s eyes.  He could not meet her gaze.  “I cannot marry you,” she said.  You have tried to deceive me.  I would have a husband who is true.”

There was a handsome young warrior who would marry the Princess.  He was strong and powerful.  None dared to stand against him.  The young warrior went to the king of a neighboring kingdom.  “Bring me the blue rose,” he said, “or I will kill you and half the people in your kingdom.”  The king, who valued peace and did not wish to fight, presented the warrior with a blue sapphire that was carved in the shape of a rose.

The young warrior presented the sapphire rose to the Princess.  She looked into his cold eyes—eyes that were as hard as the rose of stone.  She said, “I cannot marry you.  I must have a blue rose that is real—not one that is cold and hard.”

The youngest of the king’s advisors also sought the Princess’ hand.  He conceived a clever plan.  He commissioned an artist to make a blue bowl.  On the side of the bowl was painted a blue rose.  The rim of the bowl was edged in gold.  It was fragile and delicate—a thing of rare beauty.  The young advisor presented it to the Princess on bended knee.  The Princess looked at the bowl and looked into the eyes of the young man.  “Marry me, Princess,” he said, “I will help you rule your kingdom.”

The Princess shook her head, “I must have a rose that is real.”

That evening the Princess sat in the garden talking to the gardener’s son.  “None of them could bring me the blue rose.  I must marry someone who will be honest and true with me—as you have always been.

He cannot be hard and cruel.  I need someone who is kind and patient—as you have been.

I do not want a husband who seeks only for power and riches.  I want one who will value me for myself—as you have. . . . .”

“Princess,” said the gardener’s son.  “Tomorrow I will bring you the blue rose.  Wait for me in the blue room just before sundown.”

The next day when the sun was almost gone, the Princess sat in the blue room.  The gardener’s son approached bearing a plain white rose in his hands. 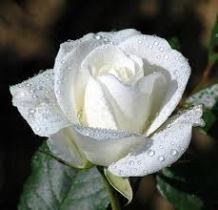 “But it is a common white rose,” said one.

“He is the gardener’s son,” said another.

“Surely the Princess will send him away,” said a third.

The gardener’s son knelt before the Princess.  Through the blue stain glass windows, the rays of the setting sun shone touched the petals of the white rose.

As the Princess reached out to take the rose, a murmur arose.  “He is only the gardener’s son.”

“The rose is not truly blue.” 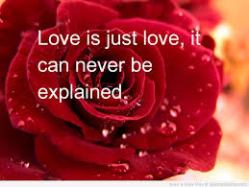 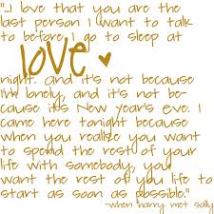