“For the love of a woman” by S. Anne Gardner is a beautiful opposites attract lesbian romance involving powerful  ice queen Raisa Andieta and Carolyn Stenbeck, a married woman who also has a son and a daughter. They live in Caracas, Venezuela where politics and social matters are as volatile as Raisa’s oil business.

The story line presents us Raisa at the edge of her professional power and her connection to Carolyn is the fact that Carolyn’s husband Matt, who works for Raisa’s oil company.

Raisa and Carolyn are as water and oil, Raisa feels her attraction to Carolyn as strong as she wants to push it away, yet Carolyn is the forbidden apple, the only one Raisa’s money can’t buy, the only one she can’t have.

Raisa loves her solitude, her one night stands, her company and the horses from her farm, her childhood nanny Nona and Carolyn.

Raisa’s heart was first time broken by her mother, that left her and her brother Andreas with their father and a lack of emotions and a loveless childhood, that was somehow mended by Nona. Her father has always wanted a son who could take over his oil business and follow in his shoes, yet Raisa was the one who became all she ever wanted. Yet, that sacrificed Raisa’s heart, her emotions and built in her a great anger that kept growing.

Raisa Andieta reminds me of Xena, the warrior princes as the Conqueror.

You don’t know whether to love or to hate Raisa Andieta. She is such a powerful character, obsessed by her father’s attention, by his oil business that has become her legacy, in one sole sentence what Raisa wants, Raisa gets.

Yet, sometimes you can have what you desire most.

She challenges Carolyn in so many ways, she hates her, loves her, desires her, helps her, shows her another side of love, devotion, yet also rage and darkness she can’t quite understand nor like.

It is so hard to understand someone so different from the way you are.

Carolyn Steinbeck is supposed to be a typical housewife of a successful man in the oil business. Yet, Carolyn craves for freedom to live, to love, she also craves for love and desire, the kinds that drive you wild, that challenge everything you know about love, life and passion. Raisa is all that, yet she hates Raisa for her revealing of power and that she makes men feel so small. Only later she will discover, that is how Raisa knows to lead her world, a men dominated one, a world she wants to rule alone.

Carolyn loves her son Simon, yet her relationship to her husband Matt is not as tranquil as it seems. In Raisa she finds the challenging spirit and the raw passion she has always searched for, yet she afraid of the damages a woman like Raisa could do to her.

I loved the way they were brought closer together and the way Raisa knew how to behave with Simon, with much love and tenderness.

I enjoyed Carolyn’s smoothness, weakness for Raisa, her power to confront her husband, the love and sacrifice for her children.

Will Carolyn dare to love Raisa? How will Raisa’s soften side come to light?

How much will Raisa still need to suffer to have Carolyn’s love as hers alone?

How much time will it take Carolyn to admit her love and her desire for Raisa and give their life together a chance? 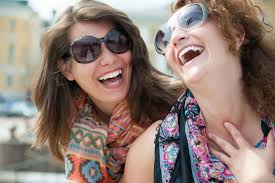 The turning point amazed me really and I will the reader discover it herself as it it very clever written and a brilliant idea to revive the plot.

I was amazed by Simon’s courage and respect for both women.

I loved Nona’s character, as she is the first and one of the few who is allowed to see Raisa’s raw emotions.

I loved how the storyline has flown smoothly and brought the two main characters together. And the turning point and it’s crucial part were flawlessly written by S. Anne Gardner.

At some point, Raisa’s rage was to much and her character revealed way too much power without betraying any emotions. I understand it was build somehow near Xena, the warrior princess, yet she shouldn’t have been so much of the Conqueror.

I didn’t quite get why Raisa, as a Spanish language speaker uses Italian words or expressions like “Picolina” or “Cara mia”

Also, when I first start to read the book, I had the impression, the scenery was set in ancient times or Middle Ages, yet the story is written nowdays Venezuela, perhaps because I read the book synopsis that reminded of a Civil War.

I don’t like the name of the cars used in the story line.

I did enjoyed the novel’s spirit of freedom, flamboyant desire, Raisa’s taming and Carolyn assuming her right to truly love the woman of her dreams.

Excerpts from the book: