I found the whole story a shrine to Jacob Flanders, he is the real plot of the inexistent storyline. It’s like a sketch of the Great Gatsby, rather seen through the eyes of the other characters. The dialogues, the life quotes, the wishful thinking are modern, yet Jacob is not present.

It’s like the story of the soul inside from outside.

A rather original form of writing and describing a character’s fundamentals and rules of life.

The beginnings of Virginia Woolf….

“The strange thing about life is that though the nature of it must have been apparent to every one for hundreds of years, no one has left any adequate account of it. The streets of London have their map; but our passions are uncharted. What are you going to meet if you turn this corner?”

“Life is but a procession of shadows, and God knows why it is that we embrace them so eagerly, and see them depart with such anguish.”

“Why, from the very windows, even in the dusk, you see a swelling run through the street, an aspiration, as with arms outstretched, eyes desiring, mouths agape. And then we peaceably subside. For if the exaltation lasted we should be blown like foam into the air. The stars would shine through us. We should go down the gale in salt drops- as sometimes happens. For the impetuous spirits will have none of this cradling. Never any swaying or aimlessly lolling for them. Never any making believe, or lying cosily, or genially supposing that one is much like another, fire warm, wine pleasant, extravagance a sin.”

“Anyhow, whether undergraduate or shop boy, man or woman, it must come as a shock about the age of twenty—the world of the elderly—thrown up in such black outline upon what we are; upon the reality; the moors and Byron; the sea and the lighthouse; the sheep’s jaw with the yellow teeth in it; upon the obstinate irrepressible conviction which makes youth so intolerably disagreeable—“I am what I am, and intend to be it,” for which there will be no form in the world unless Jacob makes one for himself. The Plumers will try to prevent him from making it. Wells and Shaw and the serious sixpenny weeklies will sit on its head.”

“I am what I am, and intend to be it,’ for which there will be no form in the world unless Jacob makes one for himself.”

Life would split asunder without them. “Come to tea, come to dinner, what’s the truth of the story? have you heard the news? life in the capital is gay; the Russian dancers….” These are our stays and props. These lace our days together and make of life a perfect globe. And yet, and yet… when we go to dinner, when pressing finger-tips we hope to meet somewhere soon, a doubt insinuates itself; is this the way to spend our days? the rare, limited, so soon dealt out to us – drinking tea? dining out? And the notes accumulate. And the telephones ring. And everywhere we go wires and tubes surround us to carry the voices that try to penetrate before the last card is dealt. “Try to penetrate” for as we lift the cup, shake the hand, express the hope, something whispers, Is this all? Can I never know, share, be certain? Am I doomed all my days to write letters, send voices, which fall upon the tea-table, fade upon the passage, making appointments, while life dwindles, to come and dine? Yet letters are venerable; and the telephone valiant, for the journey is a lonely one, and if bound together by notes and telephones we went in company, perhaps- who know? – we might talk by the way.” 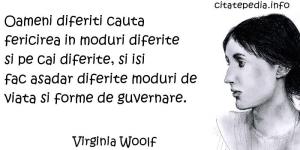 “Let us consider letters – how they come at breakfast, and at night, with their yellow stamps and their green stamps, immortalized by the postmark – for to see one’s own envelope on another’s table is to realize how soon deeds sever and become alien. Then at last the power of the mind to quit the body is manifest, and perhaps we fear or hate or wish annihilated this phantom of ourselves, lying on the table. Still, there are letters that merely say how dinner’s at seven; others ordering coal; making appointments. The hand in them is scarcely perceptible, let alone the voice or the scowl. Ah, but when the post knocks and the letter comes always the miracle seems repeated – speech attempted. Venerable are letters, infinitely brave, forlorn, and lost.”

“The voice had an extraordinary sadness. Pure from all body, pure from all passion, going out into the world, solitary, unanswered, breaking against rocks—so it sounded.”

“There is something absolute in us which despises qualification.”

“But language is wine upon his lips” 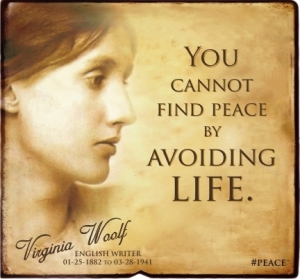 *Note : The title is only a coincidence to the Broadway play by Edward Albee. It’s all about Virginia Wolf!

Certainly not Leonard Wolf, for he loved her,

Her nervous breakdowns caused by the death of her mother,

Her subsequent depression caused by the sexual abuse caused by her half-brothers,

That was nothing compared with the fear of Hitler’s anger for Jews,

For Leonard was one of them and she was afraid to lose him,

That was something she couldn’t bare,

For she loved him,

You could see that in one glance.

Certainly not Vita Sackville-West, for she loved her,

She knew about the voices in Virginia’s head,

She knew about the overwhelming madness, yet she dared,

To admire the obscure strength of the novelist’s character,

To reflect upon the receptive steam of consciousness of the intense lyricism,

Within the guiding light at the begin of literature modernism,

For she loved her,

To the Lighthouse (1927) the temporal and psychological exploration of the Ramsay’s,

Orlando (1928) a controversial view on feminism and conceptual gender issues,

The Waves (1931) an interior monologue of multiple consciousness that wave within the individual,

The Years (1937) a cycle of changing seasons within women’s social and economic life,

Three Guineas (1938) the bouquet of societies within feminism and anti war ideas in time,

The fight of the mind was lost after a great depression,

Caused by the Blitz attack and her London’s home destruction,

With pockets filled with stones the river looked so attractive,

Suicide came as the great release after the mind’s torture.

My greatest fear is that one day I won’t be able to write properly!

“I feel certain that I am going mad again. I feel we can’t go through another of those terrible times. And I cant recover this time. I begin to hear voices, and I can’t concentrate. So I am doing what seems the best thing to do. You have given me the greatest possible happiness. You have been in every way all that anyone could be. I don’t think two people could have been happier ’til this terrible disease came. I can’t fight any longer. I know that I am spoiling your life, that without me you could work. And you will I know. You see I can’t even write this properly. I can’t read. What I want to say is I owe all the happiness of my life to you. You have been entirely patient with me and incredibly good. I want to say that — everybody knows it. If anybody could have saved me it would have been you. Everything has gone from me but the certainty of your goodness. I can’t go on spoiling your life any longer. I don’t think two people could have been happier than we have been. V” 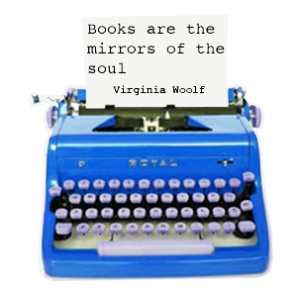