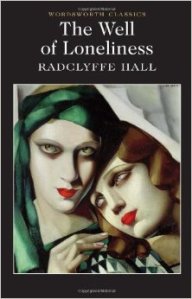 “The world hid its head in the sands of convention, so that by seeing nothing it might avoid Truth.”

Before I started to read the novel, I read a couple of reviews upon the Stephen, the main character and the plot of the novel. I felt rather disappointed with the thorough description of an abrupt character , a wealthy outsider, a rebel of society because of the sexual controversy of her behavior and afterwards, of her inclination to love and live with women.

It’s sad the actual way the same sex love is depicted and judged, misjudged of course, seen as an inversion, like Richard von Krafft-Ebing and Havelock Ellis thought, who argued that lesbianism was not a matter of choice, but was an affliction caused by “congenital inversion” that was present from birth.

Morally and psychotherapeutically speaking, the book was a revelation in depicting the life of a woman that rather felt like a man, and loves feminine women, like Mary that finally will leave her and marry a men, after a trap set by Steven, yet was a product of it’s times.

Literary speaking, it’s a rich brodery of spoken metaphors and amazingly well constructed characters and a realistic description of the society of that time.

What’s most amazing is that the novel was banned for obscenity. This obscenity trial remains one of the most infamous in history, and author Radclyffe Hall was as much on trial as her novel.

The novel tells the story of Stephen Mary Olivia Gertrude Gordon, named Stephen because her father so desired a son that when he found that his wife had delivered him a daughter, he chose to keep the name he had selected for a boy. Stephen’s father, Sir Phillip Gordon, is a wealthy Englishman who dotes upon his daughter, but realizes during her childhood that she is an invert—the psychological classification, at the time, for a lesbian.

“As for those who were ashamed to declare themselves, lying low for the sake of a peaceful existence, she utterly despised such of them as had brais; they were traitors to themselves and their fellows, she insisted. For the sooner the world came to realize that fine brains very frequently went with inversion, the sooner it would have to withdraw its ban, and the sooner would cease this persecution. Persecution was always a hideous thing, breeding hideous thoughts–and such thoughts were dangerous.”

As a child, Stephen enjoys dressing up in boys’ clothing, often acts boyish, and falls in love with the housemaid, Collins.

As she grows up she develops many traditionally masculine traits, including athleticism. After her father’s death, Stephen decides to become a writer; she also meets Mary Llewelyn and falls in love with her, and they live together in Paris where they become part of the gay and lesbian café society of the 1920s. 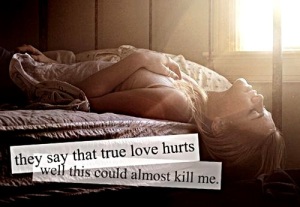 But this “gay” life only masks a reality of pain and despair, as “inverts” not rejected by mainstream society as abnormal and repulsive.” Unlike Stephen, Mary is not a “congenital invert”; she retains attractions to men despite her love for Stephen.

Knowing this, Stephen feels guilty for subjecting Mary to such a tragic life, and she resolves to separate from Mary in order to force her to return to the heterosexual world.

“Ugly, degrading, rather terrible half-truths… It is bad for the soul to know itself a coward, it is apt to take refuge in mere wordy violence… Their hearts ached while their lips formed recriminations. Their hearts burst into tears while their eyes remained dry and accusing, staring in hostility and anger… They could not forgive and they could not sleep, for neither could sleep without the other’s forgiveness, and the hatred that leapt out at moments between them would be drowned in the tears that their hearts were shedding.” 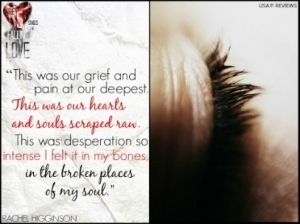 “Our love may be faithful even unto death and beyond–yet the world will call it unclean. We may harm no living creature by our love; we may grow more perfect in understanding and in charity because of our loving; but all this will not save you from the scourge of a world that will turn away its eyes from your noblest actions, finding only corruption and vileness in you. You will see men and women defiling each other, laying the burden of their sins upon their children. You will see unfaithfulness, lies and deceit among those whom the world views with approbation. You will find that many have grown hard of heart, have grown greedy, selfish, cruel and lustful; and then you will turn to me and will say: ‘You and I are more worthy of respect than these people. Why does the world persecute us, Stephen?’ And I shall answer: ‘Because in this world there is only toleration for the so-called normal’.” 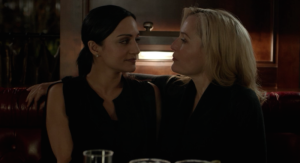 What was a deep and keen subject I found, the relationship between Stephen Gordon and her parents.

Her father simply adored her, although he wanted a man heir, that’s why they called her, Stephen, and he knew what she was, in the end, yet never dared to tell her. And the relationship with her mother, that was jealous on her bond with her father and afterwards she felt taken abide by the girl’s strange view and way of clothing as a man, so there always was a gap between them, that turned to a wall, after Angela Crossby’s husband send Anna Gordon a letter in which he accused the abominable love Stephen had for his wife.

Amazing are also the biblical references, as Stephen considers herself a marked man, like Cain was, after killing his brother, Abel, he was marked by God and chased throughout his life for that.

Stephen was a religious woman and felt terrible, by having a religious education, believing in God, and feeling this instinctual love towards women, created a torment inside her, a well-educated woman could not conceive that her way of love contrasted with what was religiously and socially, morally called moral.

At the very end of the book, Stephen kills herself, surrounded by the ghosts of their friends who have lived a life of torment because of their sexuality. Stephen pleads with her God, “We have not denied You, then rise up and defend us. Acknowledge us, oh God, before the whole world. Give us also the right to our existence!”

Some ideas in the novel are based on Freud’s opinion on Inversion :

“And her eyes filled with heavy, regretful tears, yet she did not quite know for what she was weeping. She only knew that some great sense of loss, some great sense of incompleteness possessed her, and she let the tears trickle down her face, wiping them off one by one with her finger.” 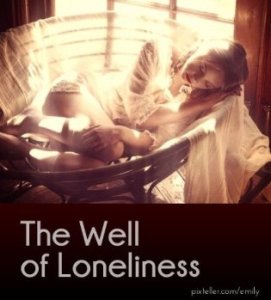 It is one of those books you start to read with a glimpse of doubt, with a certain retreat towards the character, but after some pages and after going deeper into the detail of the character and her fights, fears, loves, uncertainties, I realized I need to read it, to understand without judging the Era it was written between, the moral values of those times’ society. It was 1928, Virginia Woolf wrote “Orlando” about a real woman, and it was perhaps one of the most enchanting declaration of love of all times, from a woman, a famous one to another exquisite woman. It was 1928 the year Greta Garbo starred in “A woman of Affairs”, was fighting for women’s rights to wear trousers in movies, see her role in Queen Christina later on. Those women were beautiful, talented, full of live, love and some of them, of wealth and their struggle to live like their nature was it is truly inspiring and thoughtful and a way to follow.

“Language is surely too small a vessel to contain these emotions of mind and body that have somehow awakened a response in the spirit.” 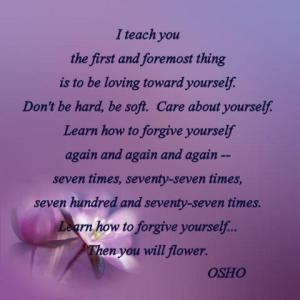 P.S.1 :The Well Of Loneliness was published in the same year, 1928, as Virginia Woolf’s Orlando, inspired by her relationship with Vita Sackville-West 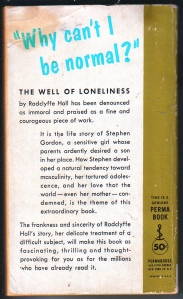