„The Paying Guests”  is another marvelous novel by Sarah Waters. It involves a lesbian love affair, but at it’s root it’s a drama and a social satire set in after first World War times, mainly 1922. It is a drama and a social satire, because after the  first World War when women found themselves without men, their fathers, brothers or husbands, in trying to keep their houses, their social status, their freedom  and their fortune, when new social classes emerge. It’s Frances’s case, her family is bourgeois and her brothers dies in during the war, while her father died of a heart attack and left her and her mother in debt and in the need to find lodgers at Champion’s Hill. This is when she meets Lilian and her husband Leonard, Mrs. And Mr. Barber who will be the future lodgers in her home. She finds her home somehow invaded by gay strangers, everything changes and yet still nothing, while Frances is still a spinster trapped into her mother’s home, taking care of her and of it, as a somehow feminine duty in spite of her love affair with Cristina, who now lives in London with her lesbian lover Stevie. Frances visits her in secret as an escape from her mother and as a remembrance of her passionate times. The Barbers come from the working class, Leonard is an insurance broker and Lilian is a housewife.

„It was a different time, then. A serious time. A passionate time. But an innocent time, it seems to me now. One believed in…transformation. One looked ahead to the end of the war and felt that nothing could ever be the same. Nothing is the same, is it? But in such dissapointing ways. And then, the fact is, I had had-There had been someone- a sort of proposal-”

„The truth is  I did  have a kind of love affair a few years ago. But it was-it was with a girl. She elt Lilian’s uncertainity in the slowing of her hands. With a touch of laughter, she answered, A girl?

Another woman- said Frances, flatly. I’d like to be able to say it was teribly pure and innocent, and all that. It- well, it wasn’t.” 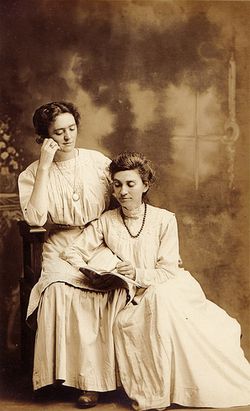 Frances and Lilian don’t seem to have much in common but they are somehow forced to meet every day because they are both at home, yet Frances, a spinster, somehow is drawned to the her and her husband in many ways, like Lilian is reading Ana Karenina and Frances herself reads it all over again to have a subject to discuss, as well as their both certain need for freedom but in different ways : Frances wanted to love freely Cristina and live in London in the dawn of feminist movements and Lilian wanted to be freed of her husband, from her marriage, although she seems full of fears into living Leonard or getting rid of her unborn child and she for financial freedom, she dreamed to be an artist and support herself – somehow they are both compromised and in love.

„Reading – Anna Karenina – She hadn’t  had an inkling of Lillian’s existence until six weeks ago. Now, she’d catch herself thinking of her at all sorts of odd moment, always slightly surprised when she did so, able to having been called to mind by that one, which in turn had been suggested by that… But they all had their finish at Lilian, wherever they started.”

It starts when the Barbers  bring some glamour in Frances’s life : the gramophone and snakes and ladders game played one late night in their apartments, transcended Frances in a possible new social change that she suddenly realizes she doesn’t want, as much as compassionate and attracted to Lilian she feels.

Than comes the party at Lilian’s mother’s and sister’s home, where Lilian wants to go with Frances, while her husband is out at some event.

Lilian has no prohibitions and dances with her cousins and feels free, while Frances  found a possible boyfriend, yet she’s attracted to Lilian’s free spirit – her shine!

„He’s waiting for you, that chap. What’s his name? Her tone was bright, with a quiver to it. You made a conquest there, haven’t you? He’s taken a real shine to you.

Frances hesitated. Then `It’s your shine`, she said.

Lilian looked at her. What do you mean?

The affair starts just after the party, when Lilian kisses Frances and they start one passionate love affair full of palpitations and twists, Frances is jealous when Lilian and her husband go on vacation with another couple, yet Lilian sends her a beautiful love letter to prove and express her love. Frances feels in love and loved back and tells Cristina about it, yet she’s not quite excites as Lilian is married and being in love with a married woman often turns to drama.

This one turns to tragedy.

„And with no more effort than that, no more fuss, no more surprise, she came across the room to Frances and touched her lips to hers.

The kiss was perfectly lifeless, for a second or two. It was cool and dry and chaste, the sort of kiss one might give to a child – so that the thought flashed across Frances’s mind that perhaps, after everything, this was all that Lilian wanted, perhaps even all that she hersel wanted;that they could separate, and nothing really would have changed. They held the kiss, chaste it was, until by their very holding of it, it became unchaste; and in another moment again, still kissing, tehy had moved into an embrace , fitted themselves tightly together…It was like nothng Frances had ever known. She seemed to have lost a layer of skin, to be kissing not simply with her lips but with her nerves, her muscles, her blood. It was nearly too much.”

„I don’t want to think of him when I’m with you. The things I do with him-There was love in it once, at the start, but it’s never been like it is with you. With you, it’s all of me. With him–” 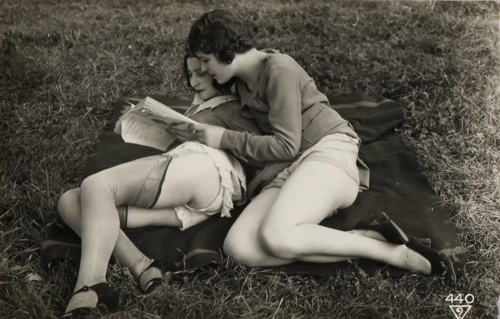 „Was this what the affair with Lilian had done to her? Made her a stranger to herself?”

The twist of the plot is Leonard’s accidental dead. Frances got lost into this love affair and somehow can’t control anything that happens and at least anything that follows.  She and Lilian create this story about Leonard being followed and killed by some thief as he had been before by someone he hasn’t seen.

The second twist is the coming to light of Leonard’s mistress :  Billie. The murder takes another twist and Billie’s boyfriend is accused of Leonard’s murder because of being jealous. Frances and Lilian are falling apart, both physically and physically, Lilian feels guilty and betrayed by her husband and lives at her mother’s place now, while Frances is alone at Champion’s Hill with her mother and her Edwardian neighbors and she knows she has to keep her mind clear to get through this to rejoin with Lilian to a whole new life, as she has dreamed of, in her passionate times, almost innocent times of her outspoken youth. 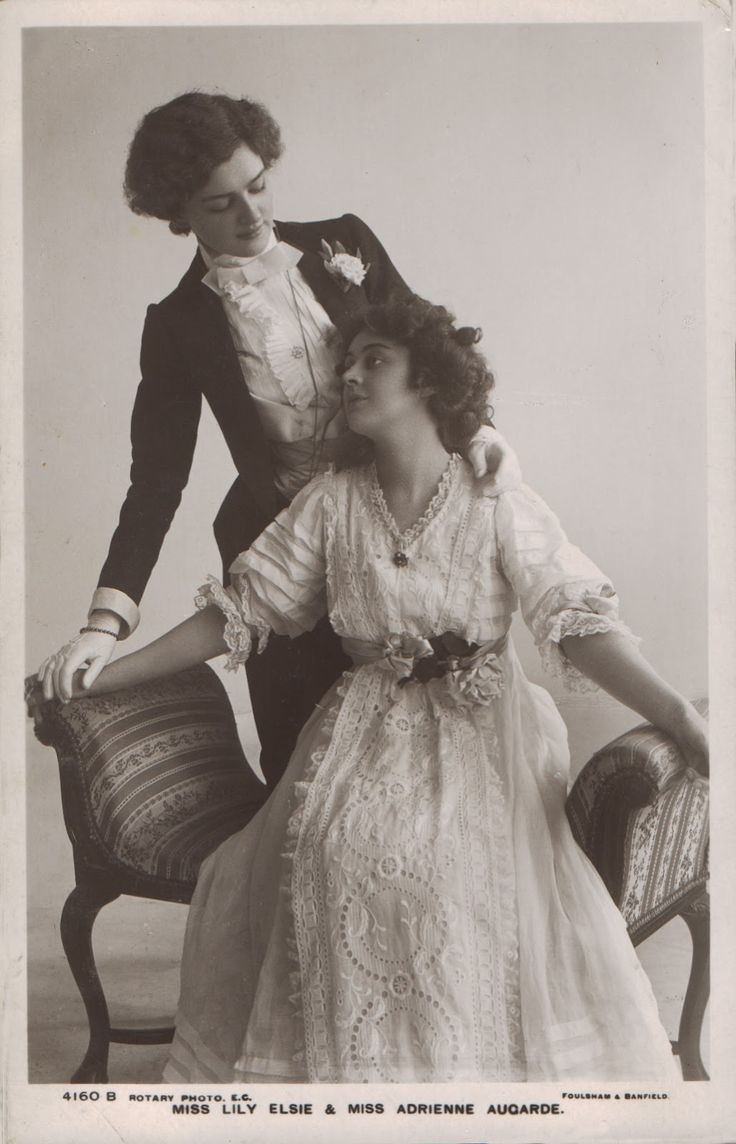 „All this time, Leonard must have been having an affair of his own. He’d been seeing some girl named Billie. It was the girl’s boyfriend who’d been accused of killing him.”

The trial comes and the lovers are more and more apart, somehow it finishes with none accused, the lovers escape the guilt of someone being accused unjust, yet we cannot be sure that they will be together or not, it ends in fog.

„But every time, it seemed to me that the only thing I would have done differently was never to have kissed you, that night, after the party… And even now, after everything, I can’t wish that. You made me want to, for a while, but- I can’t. I can’t. ”

I loved the way the characters were built : Lilian with her en vogue clothes, weird souvenirs, emotional looks and sloppy habits, Leonard  strong, gay, dandy, middle-classed man during the 1922’s, has a beautiful, kind of  silly wife and always has a mistress he keeps hidden, very proud of his job and wants a family, Frances a spinsters coming from a great bourgeois family should get married and have an heir for her mother’s perpetual dream as her brothers were dead and her father also, yet from youth she has been an outspoken girl in search for financial and sexual freedom, she was a lesbian in love with another girl, yet she can’t give up on her mother for her love’s sake, she finds herself trapped into her old house and falls for Lilian far deeper than she has for Christina, yet she’s a married woman and when Frances tells Leonard she’s Lilian’s lover everything explodes and turns to tragedy.

„Would it be all right, wondered Frances, if they were to allow themselves to be happy? Wouldn’t  it be a sort of insult to all those others who had been harmed? Or oughtn’t  they do all they could-didn’t they almost have a duty- to make one small brave thing happen at last?”