“At last my heart’s an open door. And my secret love is no secret anymore”.

I do love lesbian memoirs and documentaries that tell real life love stories that went through a lot of drama.

“A secret love” is such a lesbian memoir and documentary that tells an extraordinary lesbian love story that goes through a lot of drama, involving real life  baseball stars Terry Donahue and Pat Henschel, who’s love lasted over seven decades.

Terry and Pat were members of the All-American Girls Professional Baseball League of the ‘40s and ‘50s and like other same-sex couples from the league they kept their love a secret from almost everyone.

The documentary presents the couple at an old age when they have flailing health and thus preparing for one of the last chapters of their lives. Now they are ready to tell their story openly, without fear.

They had fallen in love in their early 20s after meeting at an ice rink. Henschel was so besotted with Donahue that one night, on the back of an ice hockey ticket, she confessed: “I’m a reader of books, but I’ve never read anywhere where a woman loves another woman. I hope you feel the same way, too.”

There are nostalgia-inducing photographs, grainy home movies, newspaper clippings from when Terry and Pat were younger, when they met, how their relationship started and how the love began and all they went through during all those decades. The materials are at the disposal of the director, who is among Terry’s great nephews.

There are the present-day realities the Illinois-based couple has to come to terms with and agree upon. And the setbacks are plenty—with the progression of Terry’s Parkinson’s disease, her family puts gentle pressure on the duo to return to Canada, where the two women are originally from. But is that the right move for the unwilling Pat, to go back to the conservative circle she had left behind long ago? 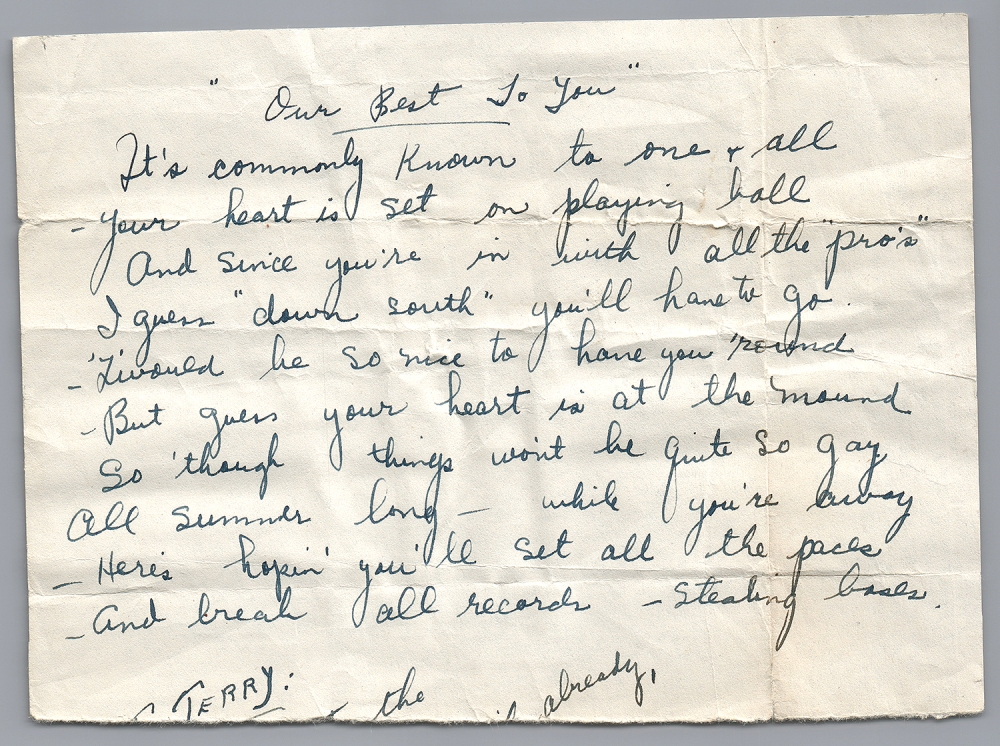 The story  reveals the course of the two wonderful women, both tenderly caring for each other and trying to reconcile the safe and fulfilling life they have cautiously and painstakingly built for themselves, with a desire to evolve into a more practical existence in the future. This brings along a number of decisions that need to made around a more manageable home—perhaps even a nursing home where they would be the only gay couple—, closer proximity to kin they can rely on (like Terry’s supportive and accepting niece Diana), and finally making their union official by law through a wedding ceremony, after decades of hiding from prying eyes and claiming they are one another’s cousin.

The documentary is written and directed by Chris Bolan

The two women’s joint history seen from this side of the marriage equality movement, Bolan dismantles these personal and familial hurdles with thoughtful touches and intimately captured moments.

It was 2009, and Henschel and Donahue had only just revealed to their family that they were gay. For years, they’d hid their relationship, afraid that their relatives would disown them if they knew the women were lesbians. Instead, they lied, insisting that rent in their adopted city of Chicago was so high that they couldn’t afford to live alone and that they were strictly platonic roommates with boyfriends.

In the end, this is a love-conquers-all story, with everything taking a backseat when Terry and Pat exchange rings in front of a teary-eyed crowd and witness both the culture and law finally catch up with their needs and desires, rather later than never.