The book that I read : D.H. Lawrence – The lost girl

“Love is the flower of life, and blossoms unexpectedly and without law, and must be plucked where it is found, and enjoyed for the brief hour of its duration.” DH Lawrence 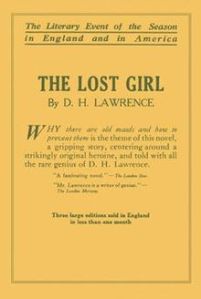 “When they had had tea, quietly and gallantly tete-a-tete in his drawing-room, he asked her if she would like to see the other rooms of the house.  She thanked him, and he showed her the substantial oak dining-room, and the little room with medical works and a revolving chair, which he called his study:  then the kitchen and the pantry, the housekeeper looking askance; then upstairs to his bedroom, which was very fine with old mahogany tall-boys and silver candle-sticks on the dressing-table, and brushes with green ivory backs, and a hygienic white bed and straw mats:  then the visitors’ bedroom corresponding, with its old satin-wood furniture and cream-coloured chairs with large, pale-blue cushions, and a pale carpet with reddish wreaths.  Very nice, lovely, awfully nice, I do like that, isn’t that beautiful, I’ve never seen anything like that! came the gratifying fireworks of admiration from Alvina.  And he smiled and gloated.  But in her mind she was thinking of Manchester House, and how dark and horrible it was, how she hated it, but how it had impressed Ciccio and Geoffrey, how they would have loved to feel themselves masters of it, and how done in the eye they were.  She smiled to herself rather grimly.  For this afternoon she was feeling unaccountably uneasy and wistful, yearning into the distance again:  a trick she thought she had happily lost.” 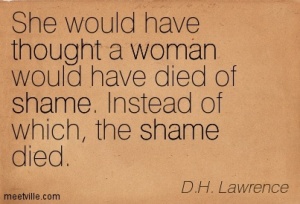 The book that I am reading : Thomas Hardy – Jude the Obscure ( known as perhaps the most depressing book in English Literature – a poet’s search of the unknown God) 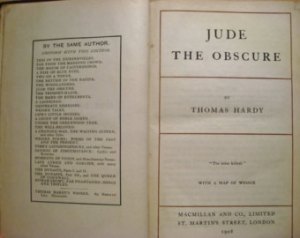 “There are accents in the eye which are not on the tongue, and more tales come from pale lips than can enter an ear. It is both the grandeur and the pain of the remoter moods that they avoid the pathway of sound.”- Thomas Hardy 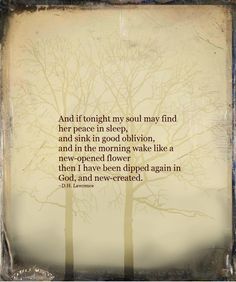 “Sometimes a woman’s love of being loved gets the better of her conscience, and though she is agonized at the thought of treating a man cruelly, she encourages him to love her while she doesn’t love him at all. Then, when she sees him suffering, her remorse sets in, and she does what she can to repair the wrong.”

“You have never loved me as I love you–never–never! Yours is not a passionate heart–your heart does not burn in a flame! You are, upon the whole, a sort of fay, or sprite– not a woman!”

“You are Joseph the dreamer of dreams, dear Jude.
And a tragic Don Quixote. And sometimes you are St. Stephen, who, while they
were stoning him, could see Heaven opened. Oh, my poor friend and comrade,
you’ll suffer yet!” 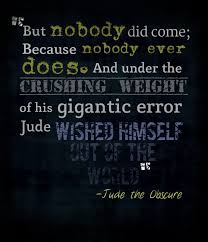 The book that I will be reading : Chris Simion – What we can say when we say nothing 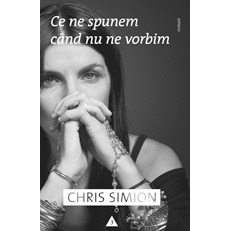 “When you’re on a one-way road to nowhere, without a way out, every second costs differently. Death smiles at me from the corner of the room. All my childhood you have whispered to me that life must be an eternal lesson that prepares us to learn to die. Do you hear me? Seek restlessly to remain free. Your heart can love everything it desires. In each sunrise there is something beautiful. This journey cannot have an end. ” – On the back cover of the book, I can’t say what’s within, can’t wait to “devour” it. 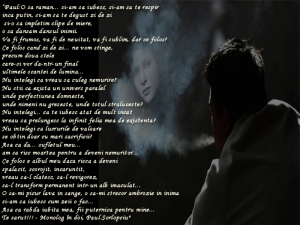 Chris Simion – What we can say when we say nothing

“It bothers them that instead of taking on the role of abandoned lover, I have become a happy wife. They relish seeing strong women like you and me humiliated. They cannot forgive us that we triumphed where so many others fail…Courage is a virtue appreciated in a male but considered a defect in our gender. Bold women are a threat to a world that is out of balance, in favor of men. That is why they work so hard to mistreat and destroy us. But remember that bold women are like cockroaches: step on one and others come running from the corners” ― Isabel Allende, Inés of My Soul

“My name is Eva, which means ‘life,’ according to a book of names my mother consulted. I was born in the back room of a shadowy house, and grew up amidst ancient furniture, books in Latin, and human mummies, but none of those things made me melancholy, because I came into the world with a breath of the jungle in my memory.”

“That was a good time in my life, in spite of having the sensation of floating on a cloud, surrounded by both lies and things left unspoken. Occasionally I thought I glimpsed the truth, but soon found myself once again lost in a forest of ambiguities.”

“She sowed in my mind the idea that reality is not only what we see on the surface; it has a magical dimension as well and, if we so desire, it is legitimate to enhance it and color it to make our journey through life less trying.” 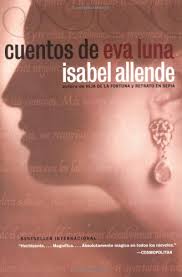 I will tell you afterwards my personal opinion on each of those magnificent masterpieces of writing.

”She was one of those people who was born for the greatness of a single love, for exaggerated hatred, for apocalyptic vengeance, and for the most sublime forms of heroism but she was unable to shape her fate to the dimensions of her amorous vocation, so it was lived out as something flat and gray trapped between her mother’s sickroom walls, wretched tenements, and the tortured confessions with which this large, opulent, hot-blooded woman made for maternity, abundance, action, and ardor- was consuming herself.”― Isabel Allende, The House of the Spirits